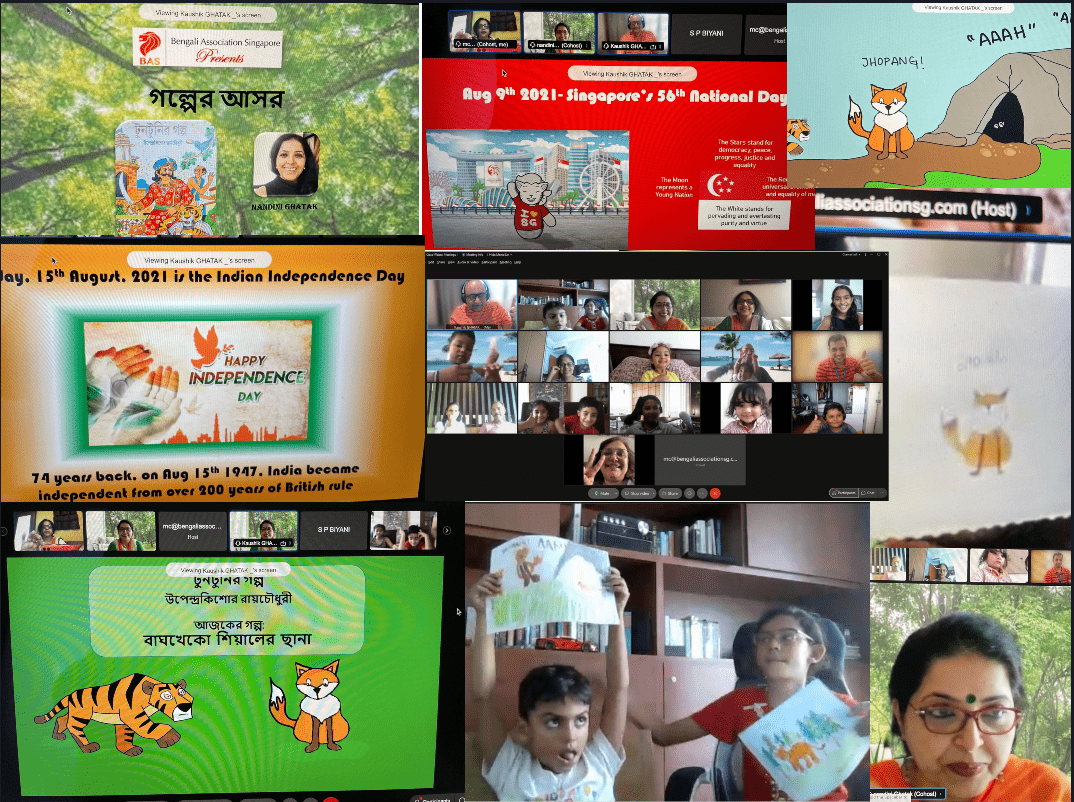 To mark Indian Independence Day, the youngest members of our community were engaged in a virtual Bengali story telling session. Ms. Nandini Ghatak hosted a half an hour session for youngsters. She began by showing them the Singapore flag and explained what the elements on it stand for. She went on to talk about why 15th August is such an important day in the history of India and also showed them the Indian flag. She continued with narration of a short Bengali folktale which she also translated in English. The session ended with all the participants drawing pictures of the characters from the story. It was an afternoon of fun and merriment.