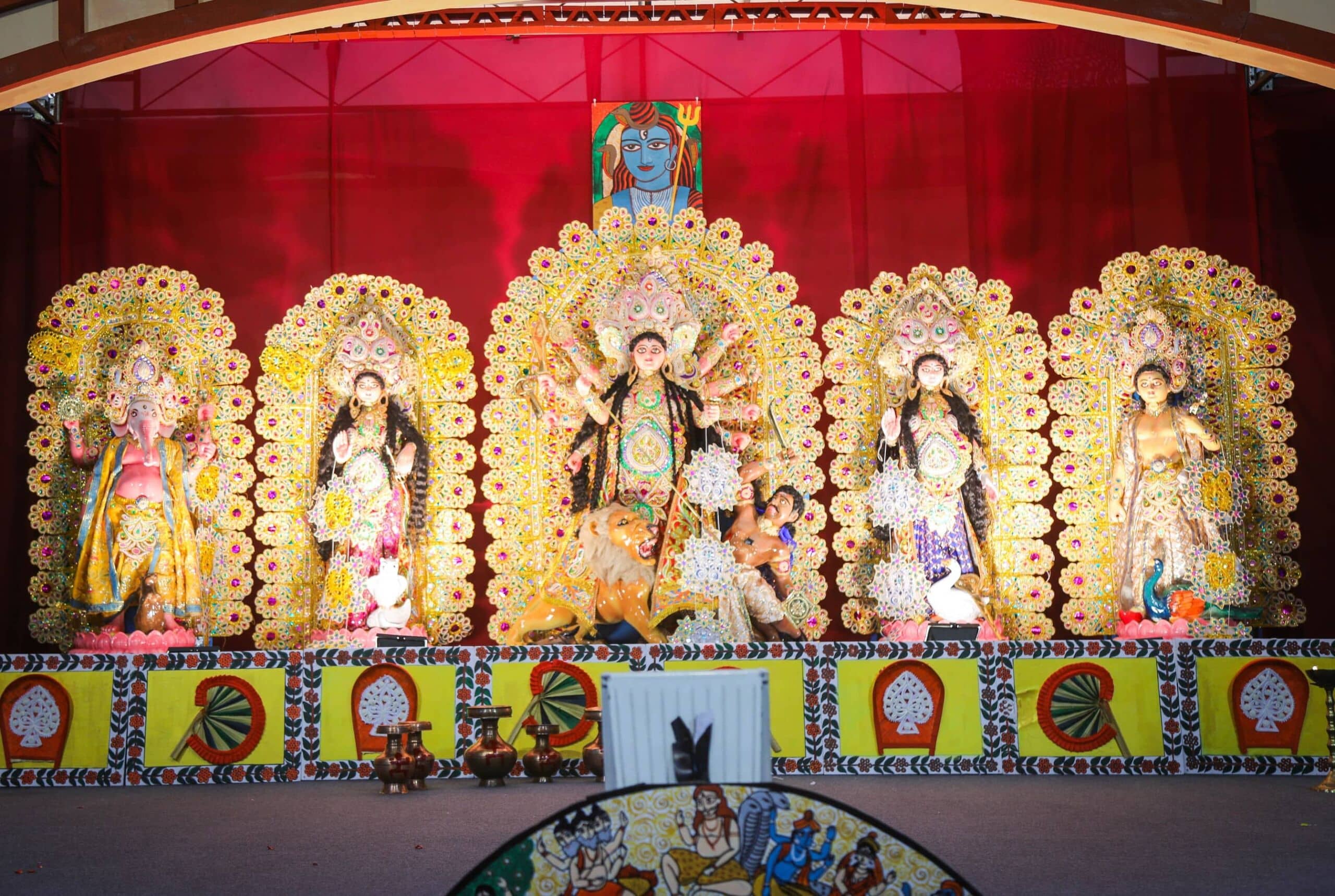 Durga Pujo and Confluence 2019 was celebrated in a pandal erected on the ground between Owen Road and Burmah Road. The inauguration of the celebration took place on ‘Sashti’ evening by the lighting of the lamp by the senior ladies of our BAS community. Ladies who have seen the association grow from its inception and have played an active role. This was followed by two musical programs by the members. The evening ended with dancing to the foot-tapping beats of ‘Dandiya’ which is an integral part of the Navratri season.

The next day ‘ Saptami’ was filled with the musical extravagance of song and dance by members. Children also played an active role in all of these. Confluence brought guest artists from Guru Debaprasad Nritya Dhara to exhibit beautiful Odissi performances. The audience was spellbound by the ballet and Chinese dance performances by the students and teachers of NAFA. The evening ended with the much-awaited dazzling Fashion Show presented by the members.

‘Ashtami’ started with an informative quiz on Singapore. The students of the Chitrakala Arts were invited to offer a presentation of Oddissi and Bharatnatyam performances in front of the deity. This was followed by an electrifying musical performance by BAS member Sandeep Chatterjee and his band.

‘Nabami’ was a uniquely delightful evening which started with a musical show performed by the Bangladeshi migrant workers. This was followed by another melodious performance by the members of ‘HOME’: A charitable organization dedicated to empowering and supporting women migrant workers who find themselves victims of human rights violations and suffer abuse and exploitation. The night ended with the performance of fabulous folk songs by Tama De from India.

‘Dashami’ the goddess was bid adieu. The last day of the celebrations saw Tathgatha Sengupta from India enthralling the audience with his musical renditions.